The video Les Oiseaux was filmed from the centre of the piazzale at the Villa Medici. Here a garden depicted countless times by painters from the 19th century onwards is shown plunged into a deep blue night that serves as a backdrop for the dark, finely wrought sil- houettes of tall stone pines. On the horizon a 20kW beam of light is projected into the sky, making white birds moving in a circle around the light source. 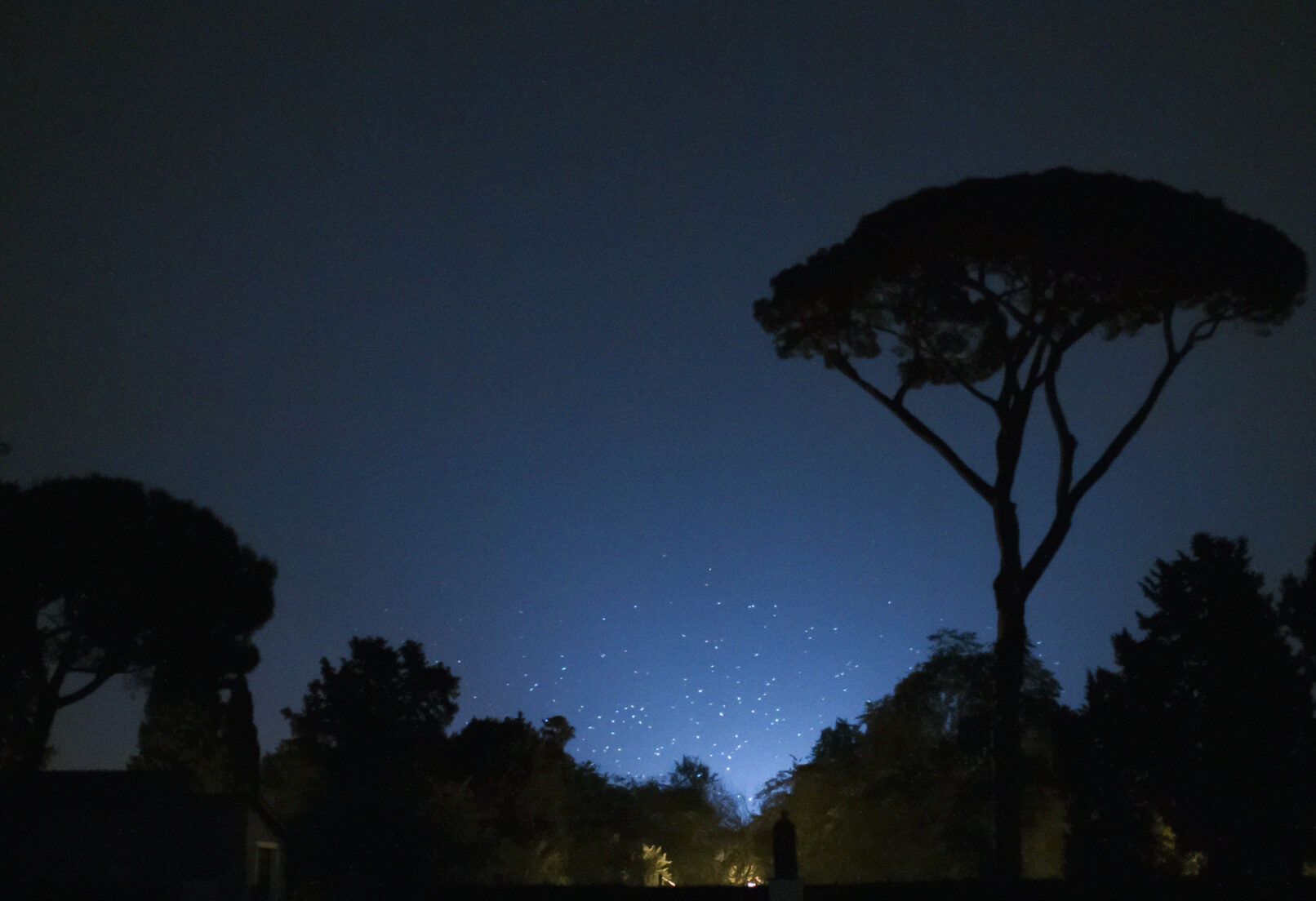